Perhaps you've heard of translation, localization, and transcreation — but what do they all mean?

Let's take a closer look at each term and the use cases for each.

Translators must communicate messages in a way that conveys the same underlying meaning of the source message. It isn't enough to simply translate information word-for-word from one language to another — you also need someone who understands the differences between two languages and combines that linguistic experience with the cultural and professional knowledge to convey the right message.

Professional translation allows your business to:

The process of adapting a translation to a specific country or region.

Just because a message has been translated doesn't mean it will automatically work in another culture or country — language is much more complex than that.

The ability to speak with customers using common local terms can be extremely helpful. Having the ability to understand and leverage local customs, slang, and idioms will enable you to more accurately communicate with customers. Plus, it allows you to provide a higher level of customer service and builds trust and loyalty. Localization is especially important for websites and web applications — think of when you're online shopping at a store based in Europe and you have to update the currency to U.S. dollars. But localization doesn't have to be language to language — it can also be location to location. For example, in the U.S. we say potato chips and in England, they're called potato crisps. 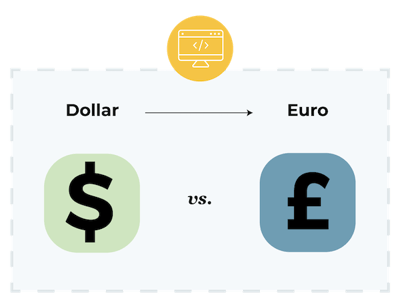 Localization takes into account a variety of things that are unique to each culture, such as:

The process of adapting a message from one language to another, while maintaining its intent, style, tone, and context.

Transcreation considers the many nuances that define a culture beyond just the words used.

One great example of the importance of transcreation comes from Pixar's animated film "Inside Out." When the movie was released in Japan, there were subtle but important changes throughout. For example, in the American version, the father is trying to feed his daughter broccoli; in the Japanese version, those broccoli florets were changed to green peppers. This was because while American children famously hate broccoli, Japanese children are more likely to despise green peppers. That might seem like a minor difference, but Pixar felt it was imperative for a movie based on emotions to capture a person's feelings accurately.

Transcreation is more of a creative process because it's intention is to recreate the same feelings and concepts from the original message into something that will resonate equally in a new culture. It's based on broad ideas and the desired actions you want people to take and uses nuance, tone, voice, and other important cultural differences to achieve your goals.

Support Every Step of the Customer Journey

We're here to help you construct a message that truly resonates with audiences anywhere in the world. Are you ready to upgrade your language support?